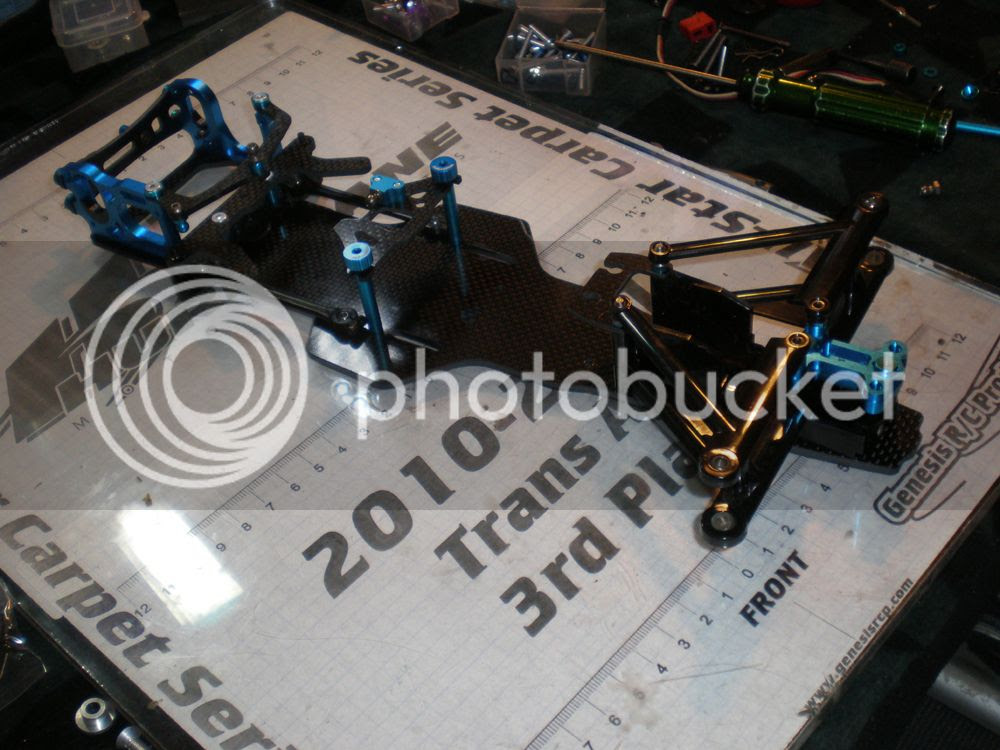 I built a second V2 car so that I could have something fresh, as I have a ton of time on the first car I bought since receiving it.  Along they way I have picked up quite a few things that I thought I'd share as small tips that help make a nicer build on the car.  So lets start with some front end items. 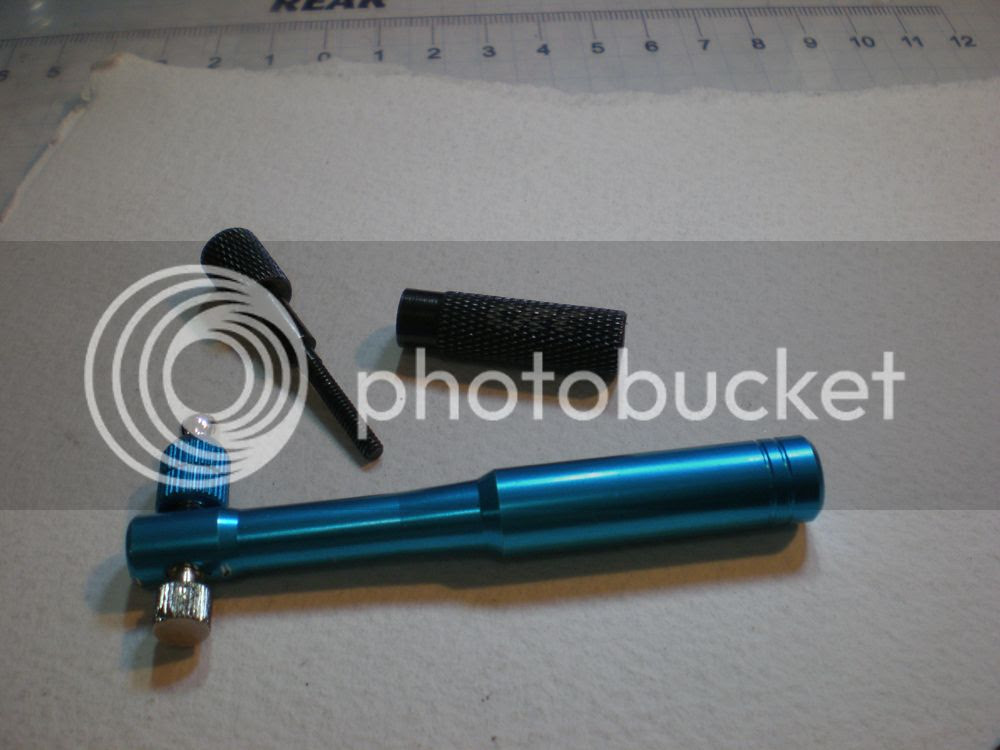 On the bottom is a Much More ball cup reamer that I use for the upper suspension arms.  This is better than squeezing the arm with a pliers to free up the suspension. 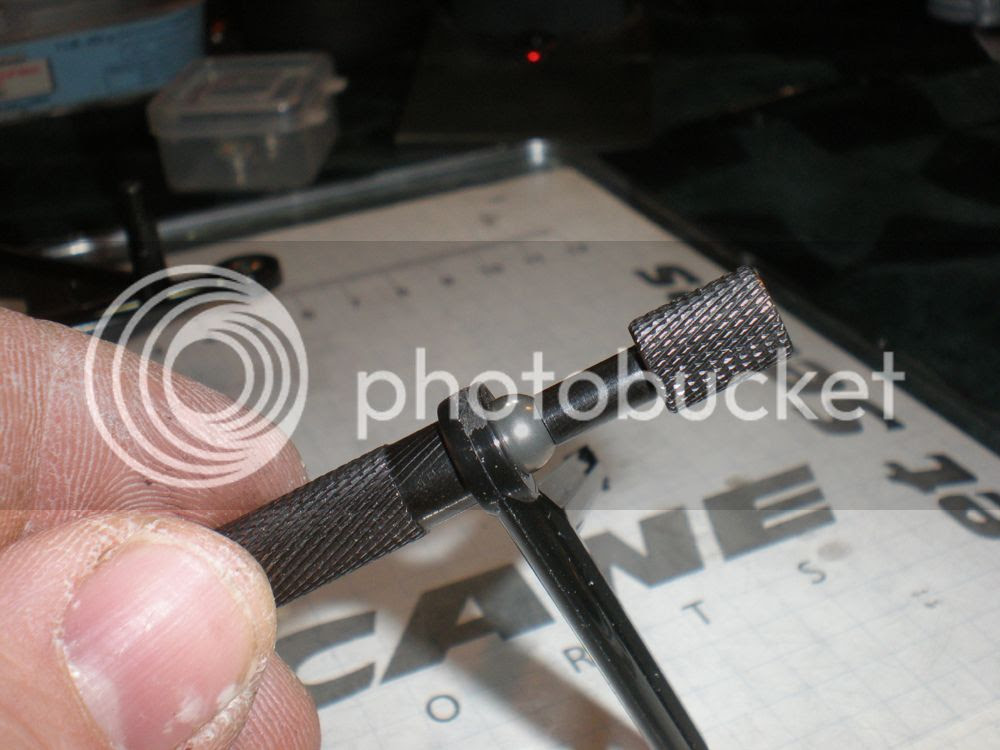 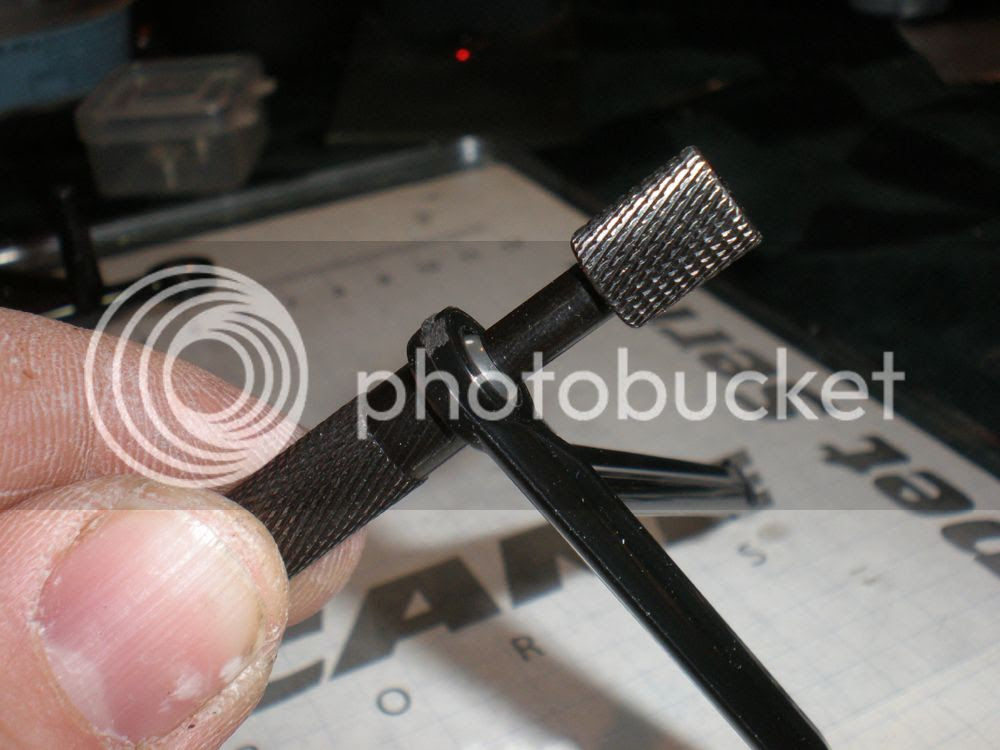 All you need to do with the CRC tool is thread the two pieces together and it will easily pop the ball into place in the arm.  The lower arm is much the same... 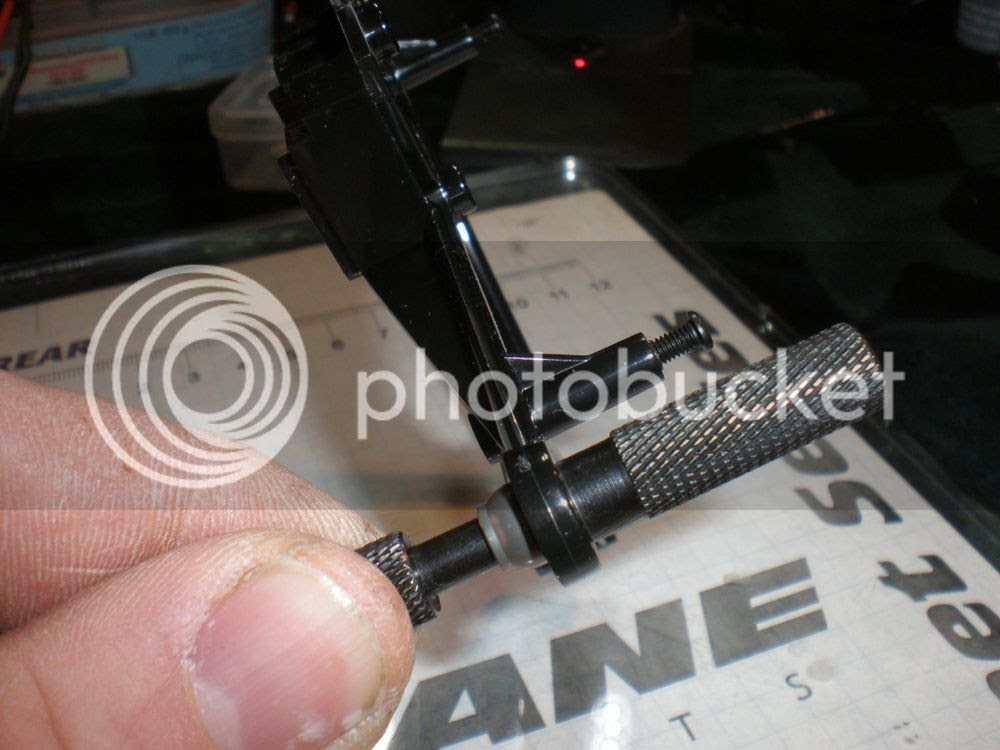 I find the smaller part of the tool fits into the spring recess on the lower ball and pops the ball into the arm nicely. 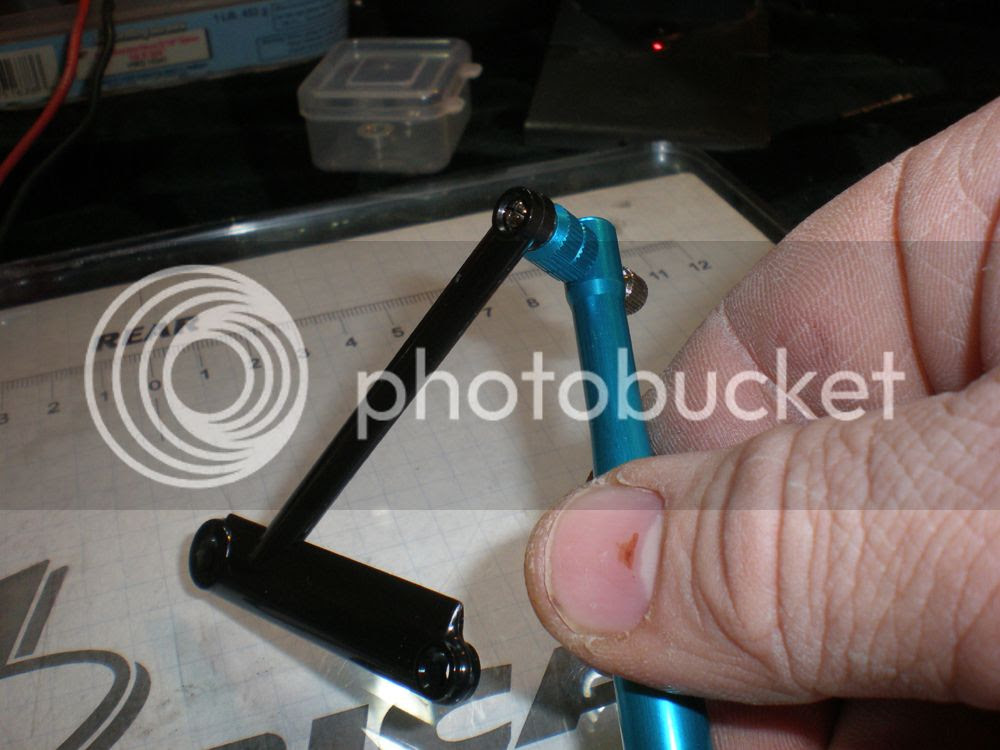 The two holes that connect to ball studs on the chassis for the upper arm can be easily sized to be free without damaging them using the Much More tool. 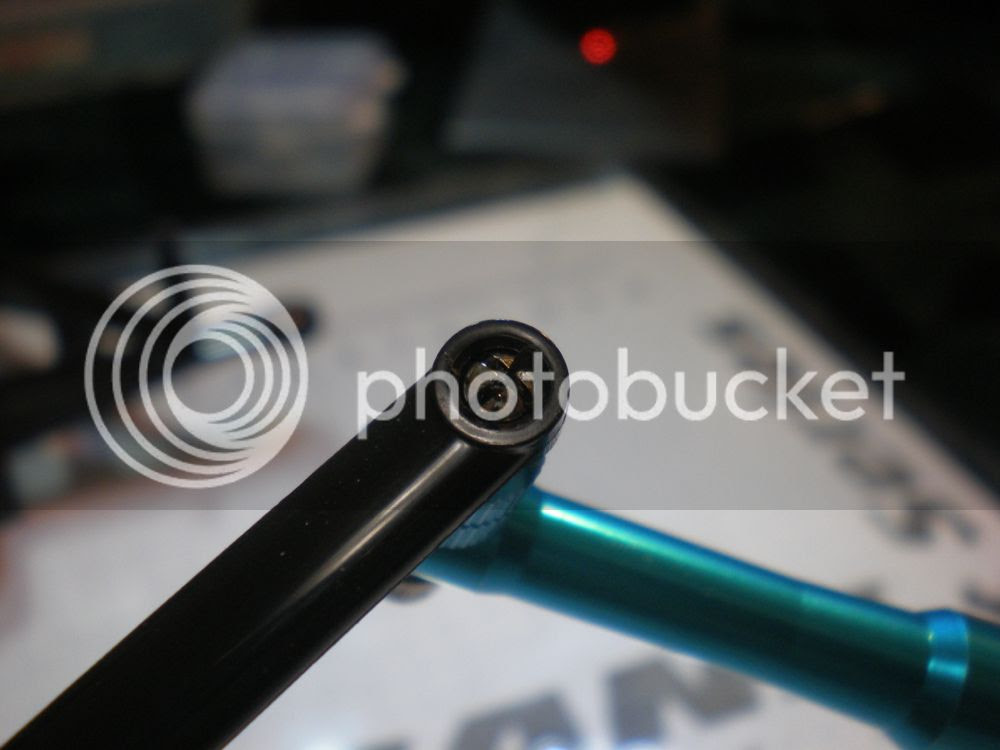 The thumbscrew can be tightened to make the reamer ball more snug on the ball cup or arm in this case.  I like to snug it and then go a 1/2 turn or so more before spinning the tool to ream out the arm.  This will probably vary a little with each example of this type of tool.  I believe that they are also sold under different names for use with helicopters, so any sort of good r/c hobby store should be able to get you a ball cup reamer. 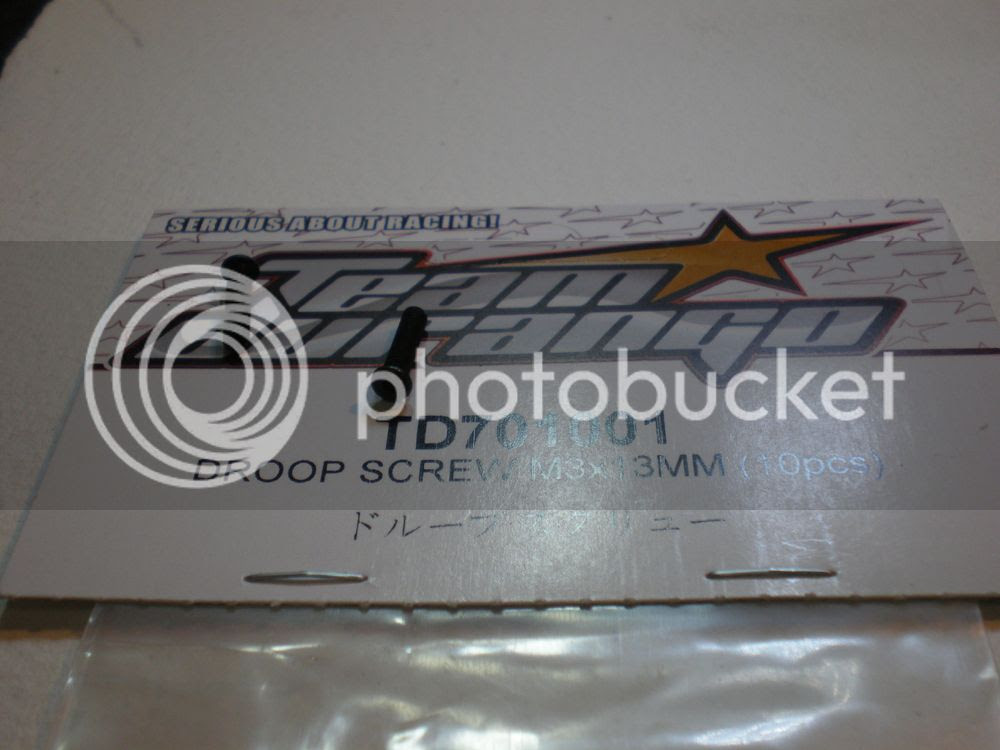 Team Durango TD701001 droop screws are great for the front end.  They feature a 1.5mm hex on each end  so you can drive them from either side, and the flat upper end keeps them from digging into the upper arm, which a normal droop screw will do.  This can change your droop setting if you are not careful. 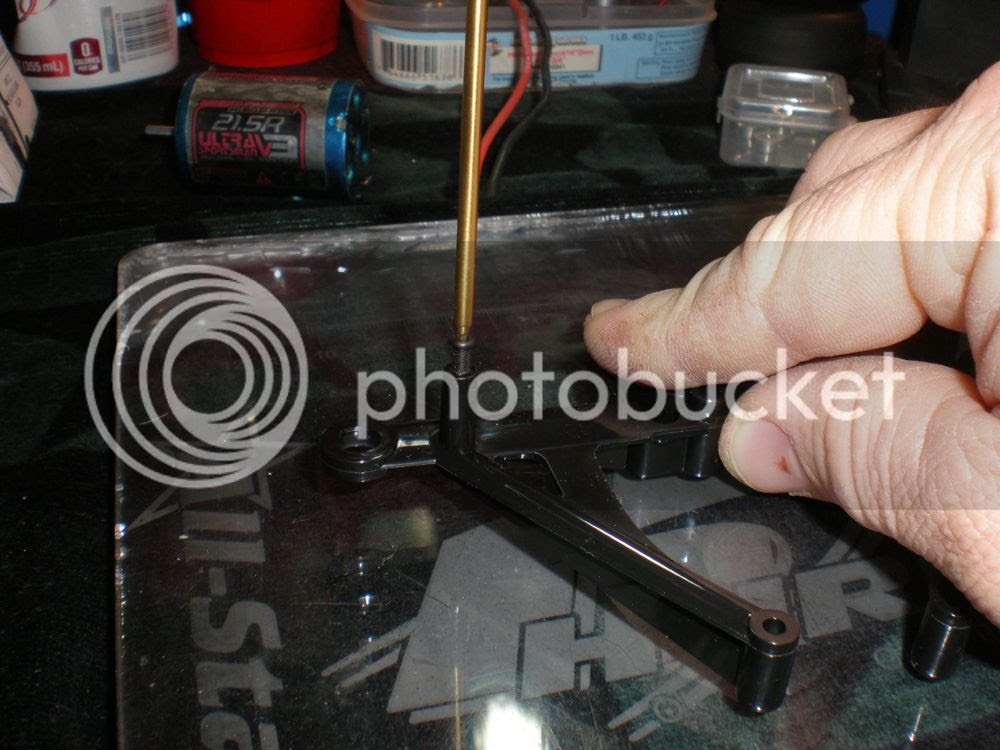 It's easy to drive them in from the top, and adjust from the bottom once the front end is fully assembled.
It also can be helpful to partially thread the arm from the bottom with a 3mm tap. 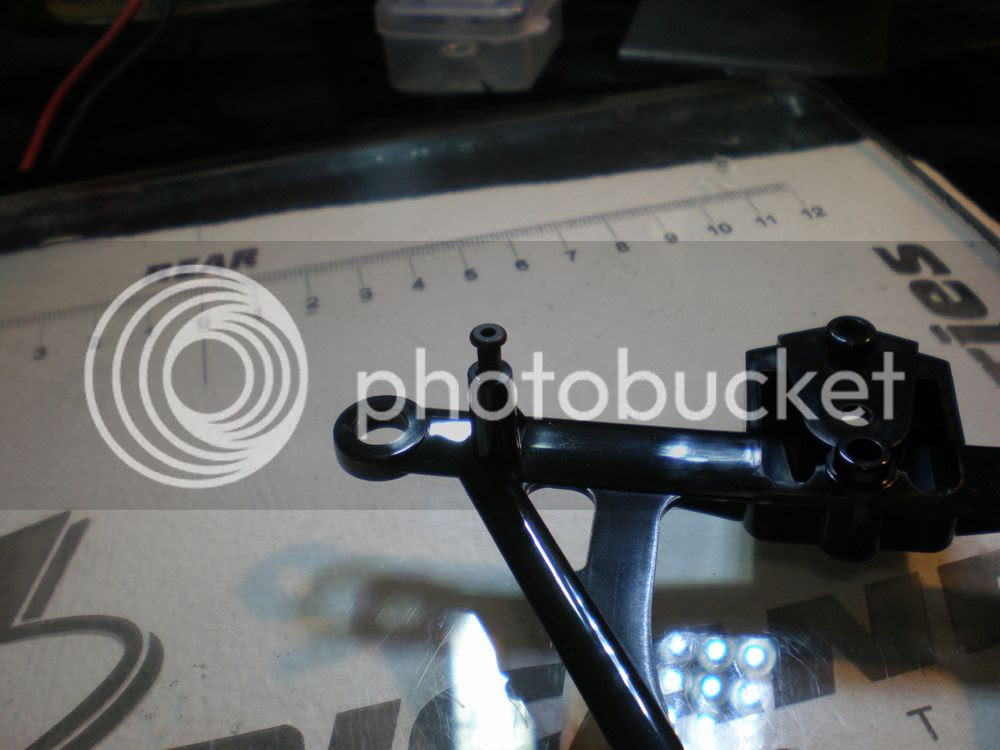 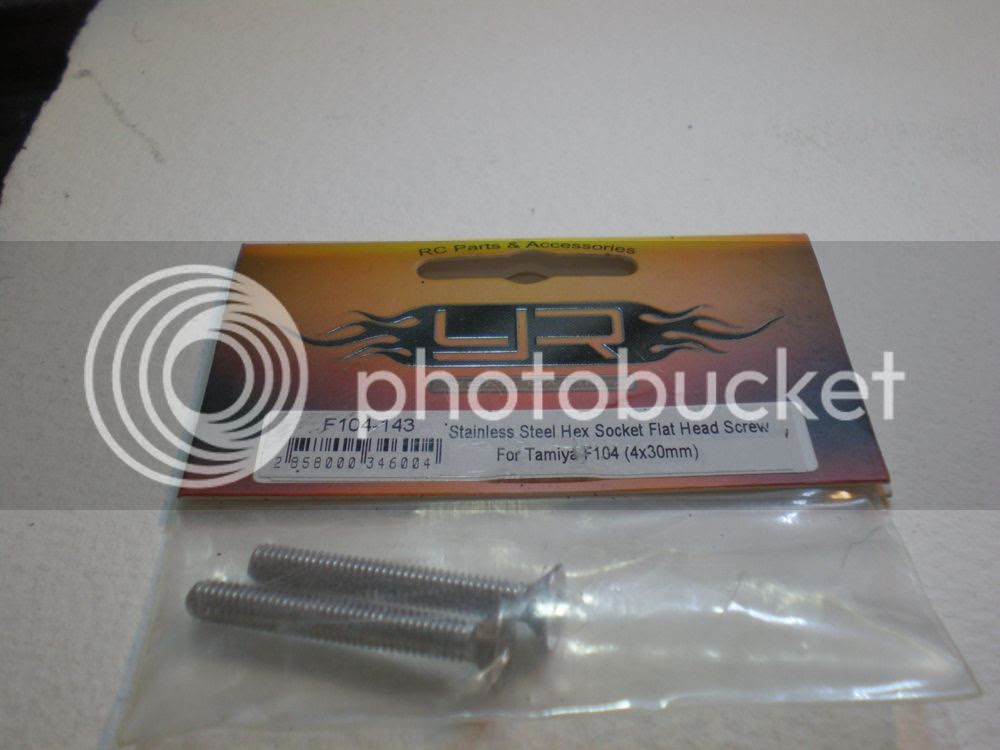 I also like these Yeah Racing 4mm hex flat head screws for the front end.  It seems very easy to strip the soft aluminum phillips screws that come with the kit.  Several companies offer similar screws, including Exotek. 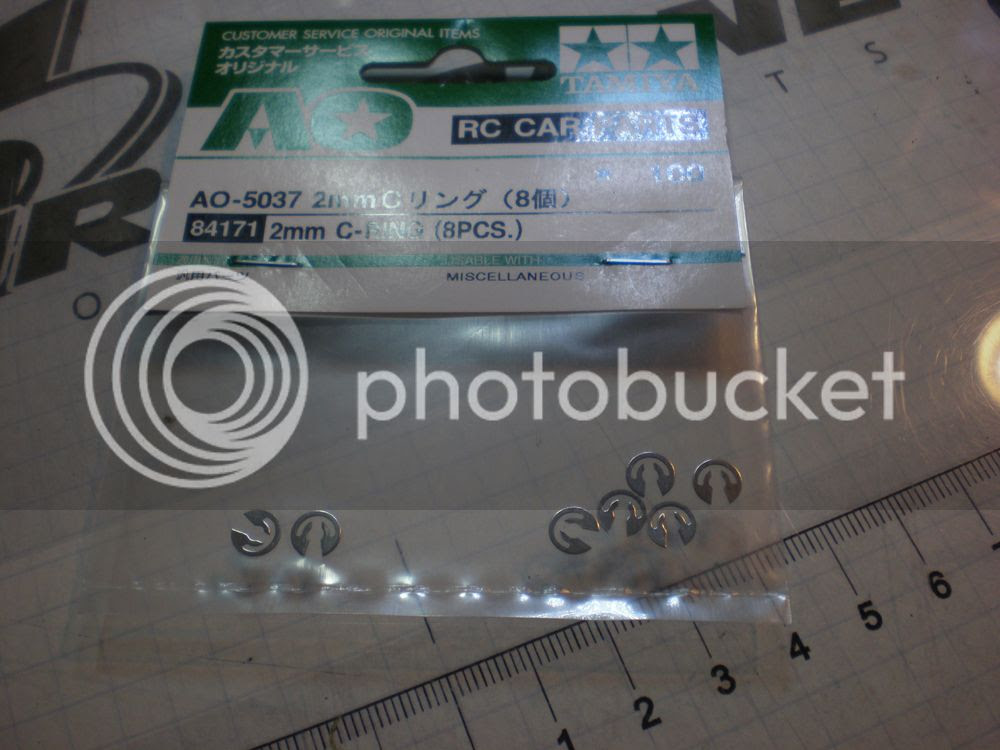 The Tamiya 84171 C rings are also a must have for the bottom of the king pins.  They have more surface area for the spring to ride on, and they also are easy to get on and off the kingpin with a jeweler's flat blade screw driver. 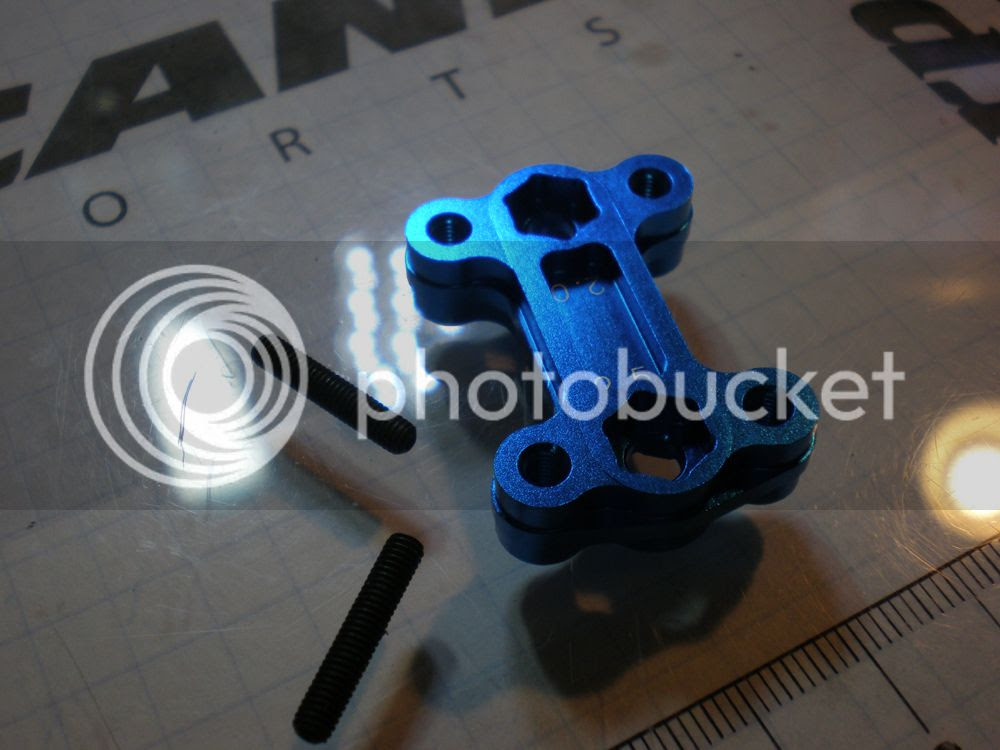 I like to mount the ball hex nut style ball studs on the camber plate with a 12mm or so grub screw.  This way I have a lot of thread to assure strength, and also a lot of room for shimming and adjustment.  Just make sure you use some thread lock.  In fact, you should use at least a sparing amount of thread lock on all your metal to metal connections on an F104 with rubber tires.  I find rubber tires tend to vibrate more and loosen up the screws and nuts on the car. 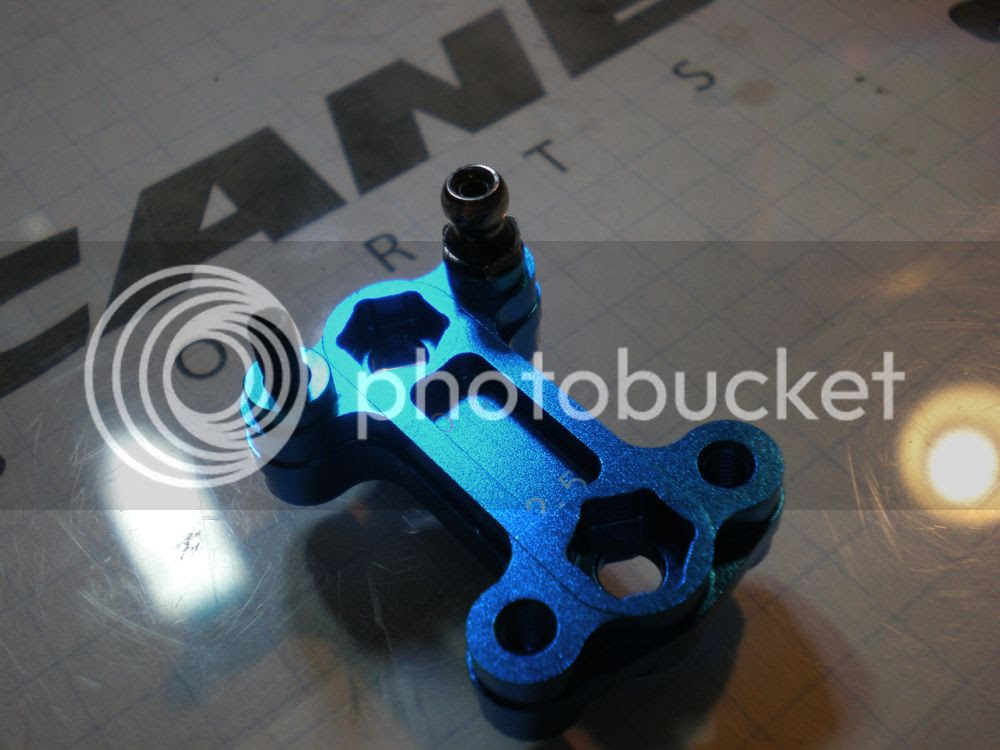 An example of how the partially and fully assembled part looks.

That's it for now, we'll get into the rest a bit later.